Both small and remote, Presidio's offerings are limited for transient bikers. There is food, mostly Mexican, and drink of all kinds.

The ride to Presidio is its own reward, following the Rio Grande upstream to where it is joined by the Conchos River flowing out of Mexico. 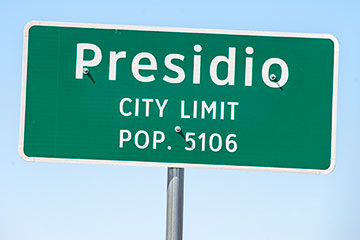 This is an official gateway into Mexico, with all that entails. Across the seasonally majestic Rio Grande is the classic border town of Ojinaga. (Did you bring your passport?) 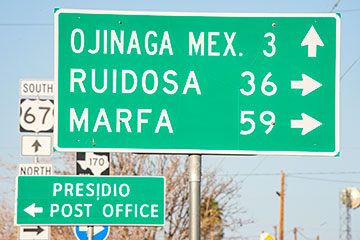 This is an old, old place. Farming began here as early as 1500 B.C., making this the oldest continuously cultivated region in the U.S.

The Spaniards showed up in 1535, establishing a series of settlements and missions over the next century. In 1683 the town was established as La Navidad en Las Cruses. By 1760 there was a Spanish penal colony and military garrison nearby.

In 1848, after the Mexican-American War, Mexico ceded Texas to the U.S. and Texans began to settle here.

By around 1916, Pancho Villa's headquarters were just across the river in Ojinaga, but he frequented Presidio and maintained an armory that is still standing.

Fort Leaton, now a museum, is the oldest place around and shows how hard life was back then.

Today the area offers camping, golf, and an actual drag strip. There's an airport too, but no airlines. They manufacture mobile homes in Presidio, and you may encounter convoys of them on the highway.

The Border Patrol is the big employer here. They're everywhere.

This area has an uncertain connection with UFO's due to the "Coyame Incident," a supposed crash with a small plane in 1974. As a result, Presidio hosts an occasional UFO Border Zone Festival to replace the now defunct "Onion Festival." Don't even ask about the Dude of the Dead Music Festival. 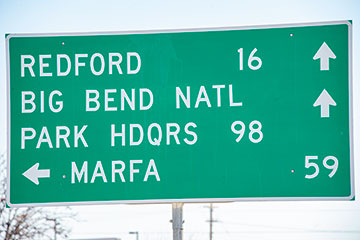 Otherwise there are two U.S. roads into and out of Presidio. There's the one you came in on, and the other one. Lajitas or Marfa; that's your choice.

There are gas stations in Presidio. 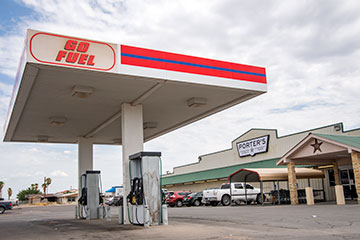 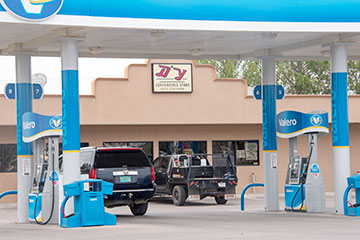 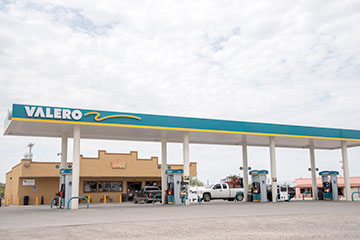 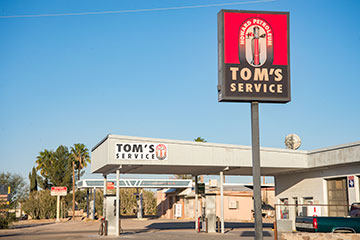 If you make it past Presidio to what remains of Ruidosa you'll be wondering why it exists at all. Well, back in 1683, it seemed to the Franciscans like a good place to build Mission San Francisco de los Julimes. So they did.

Today most of Ruidosa is in decay. There's a cemetery, an assortment of adobe ruins, and a few hardy homes.

Now Ruidosa is mostly known as where the turnoff is to take the road to Pinto Canyon. 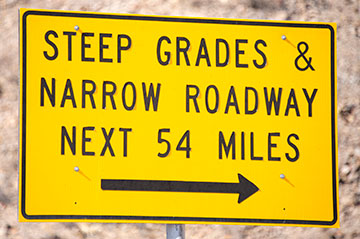 This is a fascinating road through the heart of the mountains and it sounds like fun, but it's unpaved and not really a great choice for bikes unless you really like dust.

The paved road will take you back to Presidio, or you can continue to Candelaria. But why?

Originally known as Gallina (chicken), Candelaria has a sister town across the river, San Antonia del Bravo, but you can't go there legally.

The area was originally farmed by local tribes, then the Spanish. In 1868, ambitious Texans created a farm economy that lasted for a while, but it was just too damn remote.

From 1916 to 1919, during the Mexican Revolution, the U.S. Army created Camp Candelaria to secure the area. It worked.

Now there's only a church, a cemetery, a basketball hoop, and a few homes, some of which are mobile homes.

You might as well turn around and start back.